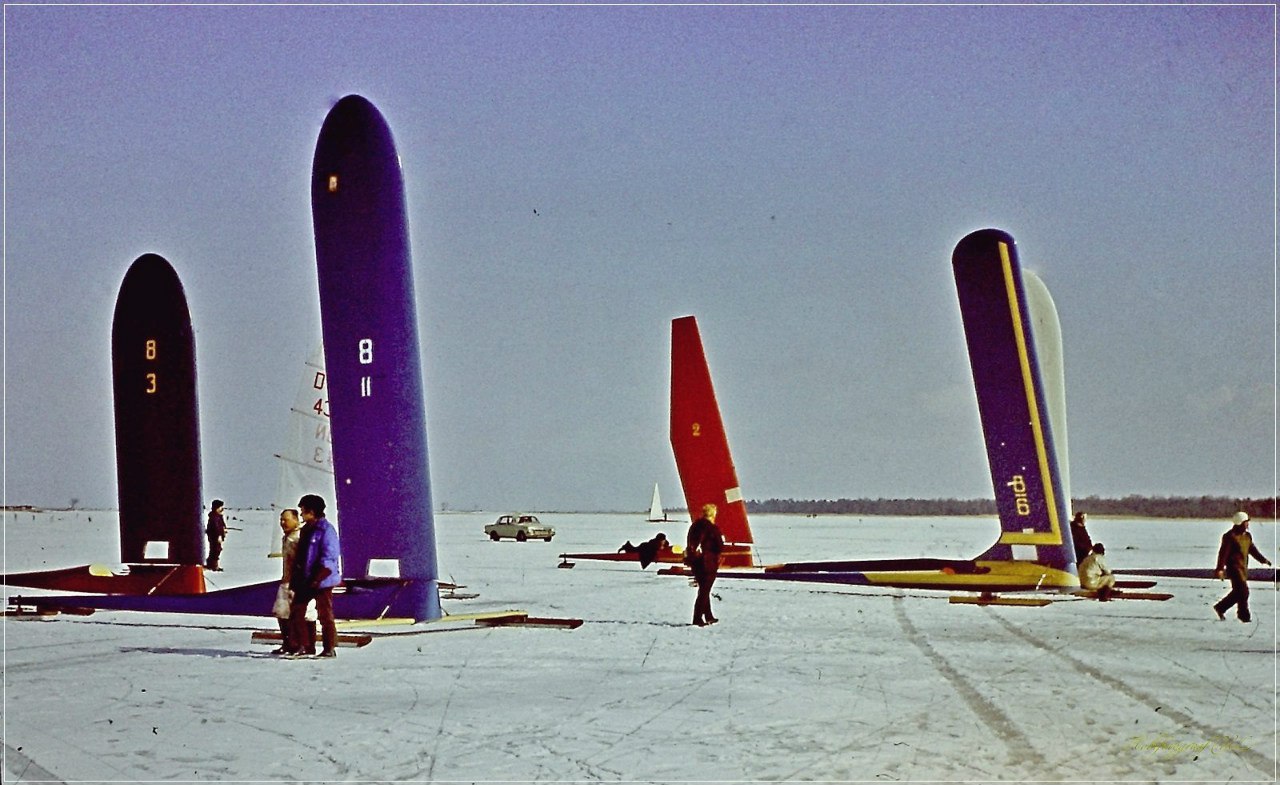 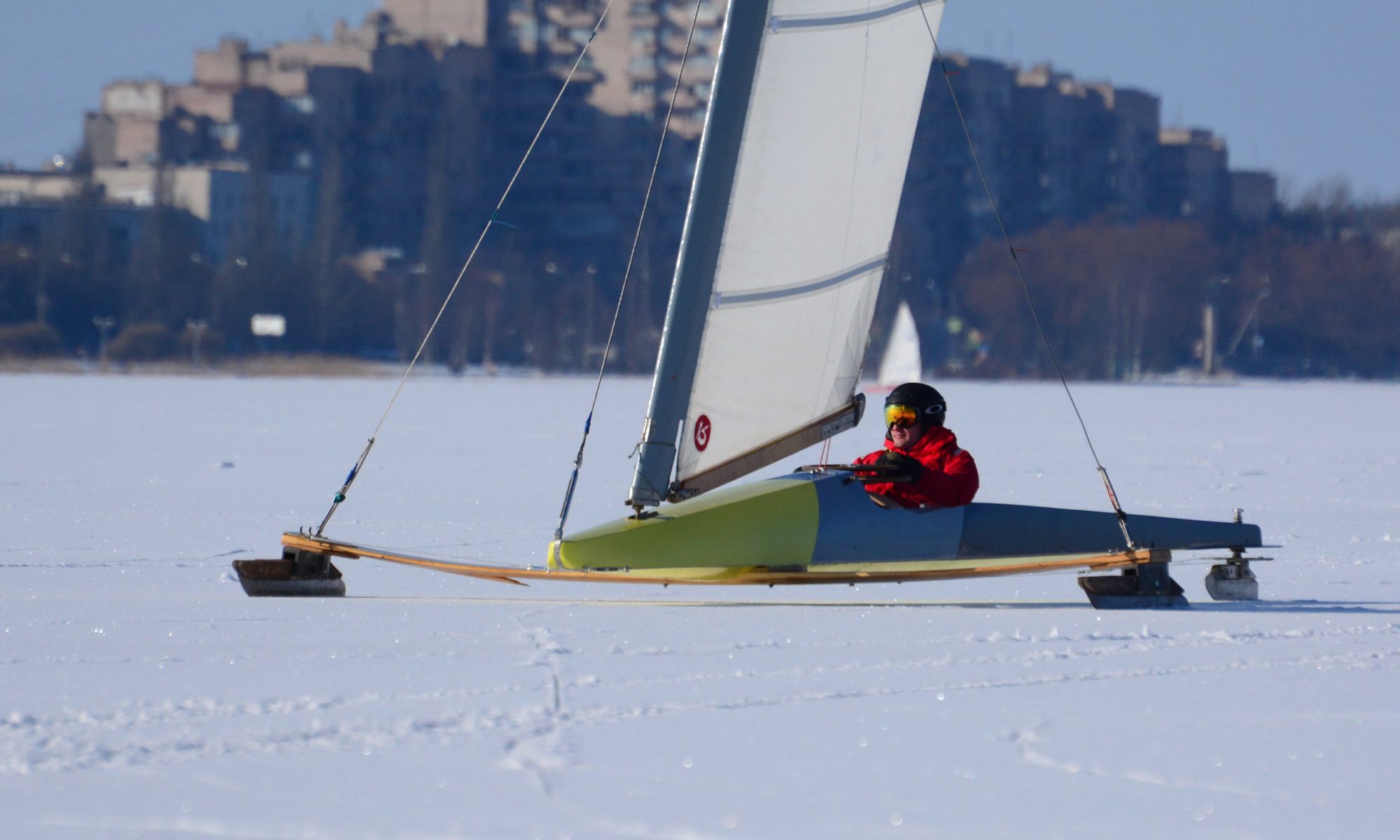 Iceboat of 8-meter open class is cheap and easy-to-maintain construction.  It weights (70kg min being assembled), what is less than monotype-XV (205kg min). S-8 has sail area and plank height good enough to start mooving on hard snow, where DN iceboat cant’s move. Also, comparing to DN, you  don’t have to race lying – you can make comfortable seat in your boat. There is no restrictions about winches. You can make very effective and fast sheeting wheel, as on most of our boats, or classical winch, like in some Skeeters, or if at any reason you want to hold it in your hands – a set of pulley blocs like on DN or Monotypes.

Open 8 iceboat – open for your ideas!  We like, that it’s minimal restrictions in our class.  If you are engineer, yacht designer or good in technical stuff, you can make experiments in making faster boat design.  There are minimal restrictions in S-8 class rules. All of theese restrictions were made only to provide equal available power of our iceboats, such as limitations on max. support base (width, length), max. sail area, min. iceboat mass. All, what is not prohibited – is allowed! Any boat design, that satisfies the requirements, is possible! You can make front-steering or back-steering boats, diffeerent chock designs,  winged planks et.c.  It’s up toy your fantasies and building abilities.

Open 8 iceboat – affordable class.  If you are skilled in woodwork,  you can make all S-8 fuselage, plank, rigging and spare parts by your own. Construction cost of  S-8 class iceboat fuselage and mast is about $1000.    Sail area is not big, so you can make an order to your sailmaker, and it will cost not more than $800-1200, depending on used material (We use Dacron 7-8oz. or Vectran 6oz.)  Steel parts of sheeting and steering systems ($300-500) are mainly made from commecially avaliable metal-roll, and most expensive part of building of these systems will be a welding and rotary machining, that can be made anywhere.  You can buy a set of Monotype-XV runners, that will cost about $1000, or make runners by your own design (steel and metal processing ~ $400). These approximate prices are for just-purchased material (wood + epoxy + hardware + paints ,  metal working,  rigging and other spares).  If you have your own good big workshop, it could be cheaper and easier to build a boat!